Throughout April, Smithfield will host the iconic National Monument Against Violence – The Knife Angel.

The 27ft-tall symbolic statue was designed by British Ironwork Centre’s Clive Knowles, and was crafted by artist Alfie Bradley. It aims to raise awareness of knife crime and give people a place where they can hand over knives safely.

Clive’s ambition was to create an angel sculpture made completely out of recovered dangerous knives, to captivate the nation and bring the prevalent issue of knife crime to the forefront of society’s agenda. Clive met with families tragically affected by knife crime and together with several mothers, presented his vision to the Home Office. He requested permission to collect knives from all 43 constabularies of the UK’s police force.

The Knife Angel is made from 100,000 seized blades. Whilst it importantly highlights the negative effects of violent behaviour and solidifies the critical need for social change, the Angel also acts as a beautiful memorial designed to celebrate the lives lost through these violent and thoughtless actions. Featured on the Angel’s wings are messages of love and remembrance from not only families but also perpetrators who seek to right their wrongs by actively helping to put a stop to knife crime and violence on our streets.

Alongside the monument, a general weapons amnesty is being organised by Staffordshire Police. The proposal is some form of a ‘surrender’ secure bin which travels with the Angel.

To commemorate the arrival of the Knife Angel in our city, Stoke-on-Trent City Council are encouraging local schools to arrange visits to the statue and educate their pupils on the dangers of knife crime. This education is really important given that according to 2019 stats, one in five people cautioned, reprimanded or convicted for carrying a knife in England and Wales were under the age of 18. Part of the Council’s request for schools is to ask their pupils to write about why knife crime is bad.

Plans are also currently being drawn up for a full programme of activities with a focus on anti-violence youth engagement, you will have to keep tabs on our socials for updates on this.

The National Monument Against Violence – The Knife Angel, is certainly not one to be missed. It arrives at Smithfield on 1st April and will be here all month, so you will have plenty of chances to pay a visit! 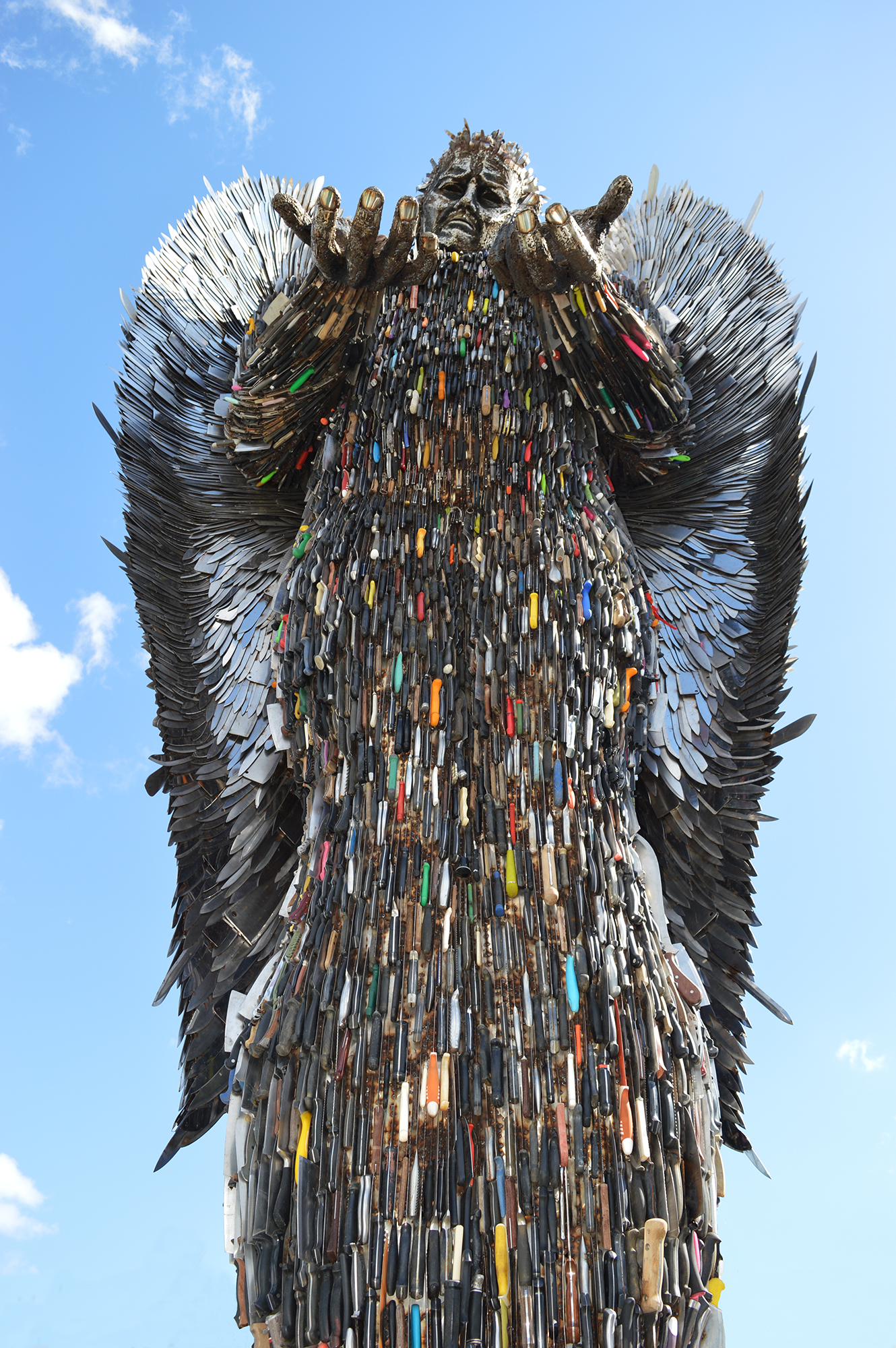