Yesterday marked the anniversary of the Battle of Britain, a prestigious day that celebrates the RAF’s victory in World War II. To coincide with this, a private launch event at the Potteries Museum & Art Gallery unveiled the brand new and exciting, Spitfire Gallery.

A host of special guests attended the event at the gallery, including Armed Forces veterans, air cadets, historians, experts, Operation Spitfire members and the Lord Mayor of Stoke-on-Trent, Chandra Kanneganti.

Also in attendance was Julian Mitchell, great-nephew of the Spitfire designer Reginald Mitchell, who officially opened the gallery and gave a special insight into the history of the aircraft and its restoration, alongside the Lord Mayor.

The £5.4 million Spitfire Gallery will be accessible to the public this weekend, opening fully on Friday 17th September. For those who weren’t lucky enough to see the restored Spitfire RW3888 painted with ‘Thank U NHS’ fly over Stoke-on-Trent at the end of August, this is your opportunity to see a Spitfire, up close and personal.

An array of activities will be taking place across the city as part of the Spitfire Weekend. At Bethesda Chapel, an intimate display will commemorate those who stayed at home during World War II, working tirelessly to help keep the country running. At the Potteries Museum, a magnificent line-up of events will be on show, including a screening of ‘13 Hours That Saved Britain’ and ‘Paul Barry and his Swing Orchestra’. Mitchell Art Centre is also hosting some family-based and child-friendly activities.

To find out more about what’s going on across Stoke this weekend, click Spitfire. 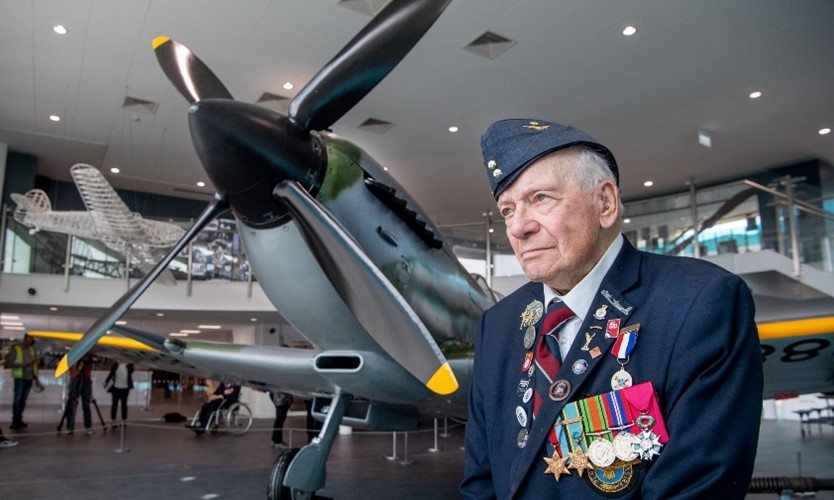